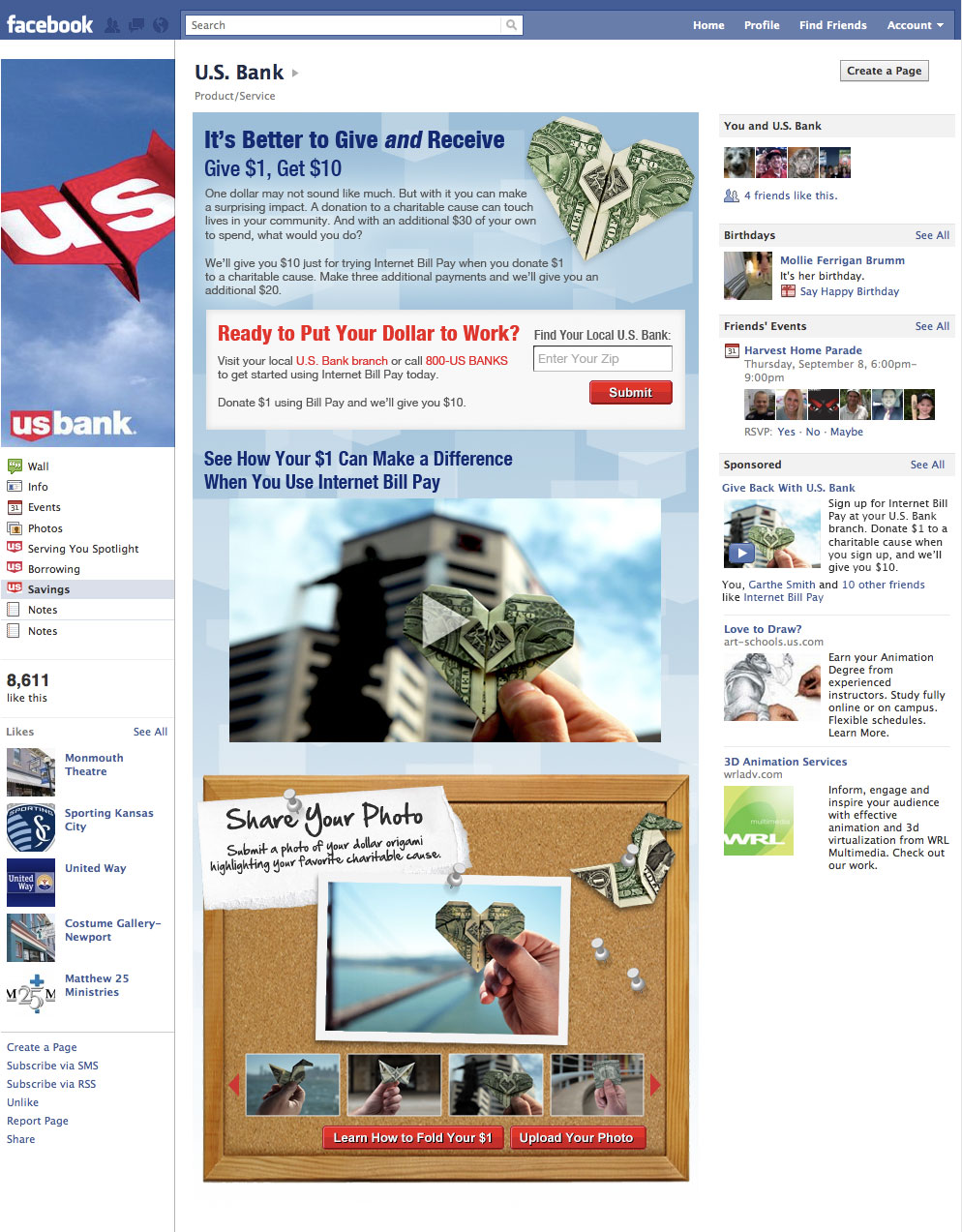 U.S. Bank wanted to increase awareness and drive trial on their Internet Bill Pay services. They already had an incentivized program in place that was somewhat complicated and required a fairly high level of commitment from customers when compared to the reward. In-store signage and other printed collateral had already been created for their existing program, so working backwards, we created an extension of the campaign to create more of an emotional connection with the brand through the inclusion of a charitable component.

I acted as creative lead through the entire course of the project, from pitch to execution. I lead internal brainstorm sessions, sketched initial concepts and storyboards and created a proof of concept demo video. During production, I took my dollar bill origami skills to the next level through the creation of multiple models for use in the videos, researched and selected locations to be scouted in each of the three cities to tie back to the storyboards, coordinated with the video producer to align on accommodations and itinerary, worked with the director and production crew through the course of the shoot and post production. Additionally designed and developed rich media creative and Facebook assets. 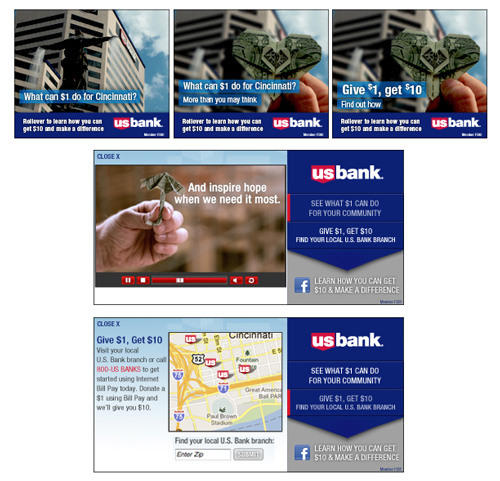 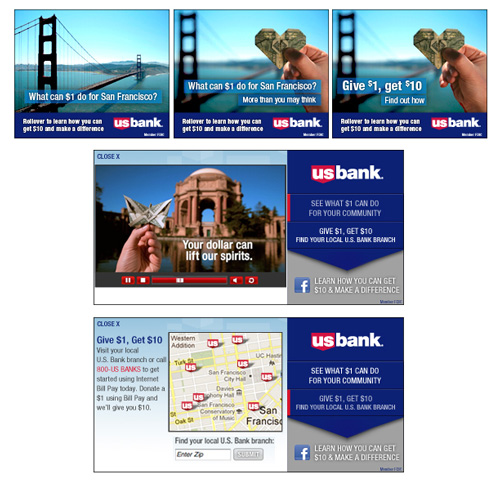